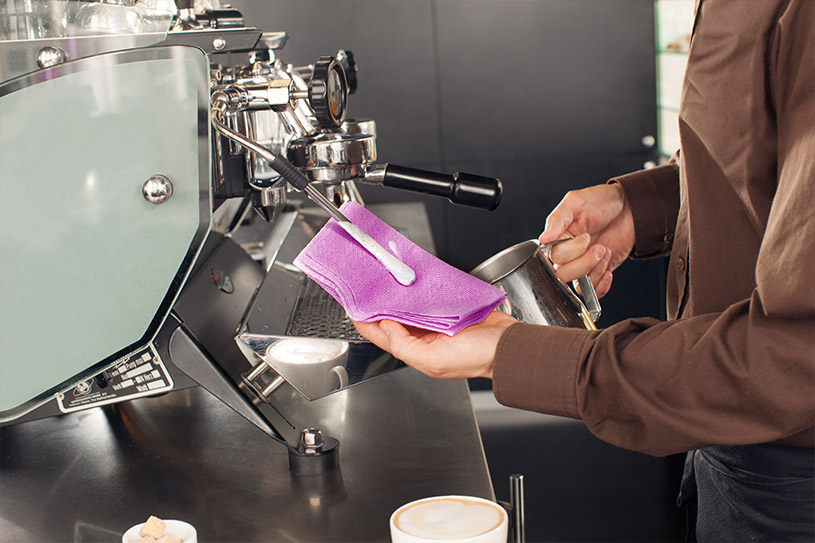 Bacteria can be a scourge for food preparation areas. Imagining a kitchen with poor food hygiene can often conjure images of mould, chopping boards dirty with meat juices and other unpleasant – and very much visible – signs of neglect.

The reality is that bacteria can develop on foods and surfaces unseen by the human eye. As a result, foodservice businesses need to be aware of the causes of bacteria and vigilant in best food safety practice.

One aspect for foodservice businesses to consider is the bacteria that can develop on the foodstuffs themselves. Raw foods, because they are not sterilised, can carry bacteria – as the European E. coli outbreak in 2011 demonstrated.

Kitchens need to ensure the food that is delivered to the premises is up to the expected standard and has been checked for temperature. Once it’s been delivered, the food should be properly and safely stored, both in terms of temperature, and to avoid cross-contamination.

Alongside the food themselves, invisible bacteria can develop – and then quickly spread – across surfaces in a kitchen. Every surface should be considered when thinking about where bacteria develops. Knives and chopping boards are obvious sources, but counter tops and sponges can be sources too. A bacteria-carrying sponge used to wipe other surfaces can soon spread the bacteria across the food preparation area.

Of course one of the most significant sites to watch out for when avoiding the spread of bacteria is the hands of your kitchen staff. Without thorough food safety processes to guard against the spread, your kitchen staff can handle one bacteria-carrying foodstuff or utensil and quickly move the bacteria on to another.

So how do you deal with this invisible threat? Simple, consistent processes are the best way to avoid the risk of bacteria contamination. Make sure staff know to wash their hands in warm, soapy water before and after handling raw meat, poultry, seafood, or eggs, for instance.

Wash vegetables and scrub the harder ones, such as cucumbers, then pat dry with paper towel.

Wash utensils before and after use, or sanitise them, as well as surfaces. Cleaning wipes can be particularly effective for sanitation here. Regularly wash sponges and towels too.

Simple processes that are clearly outlined to kitchen staff are the cornerstone of a hygienic foodservice environment. Bacteria may be an invisible threat to food safety, but there’s no excuse for ignoring it.