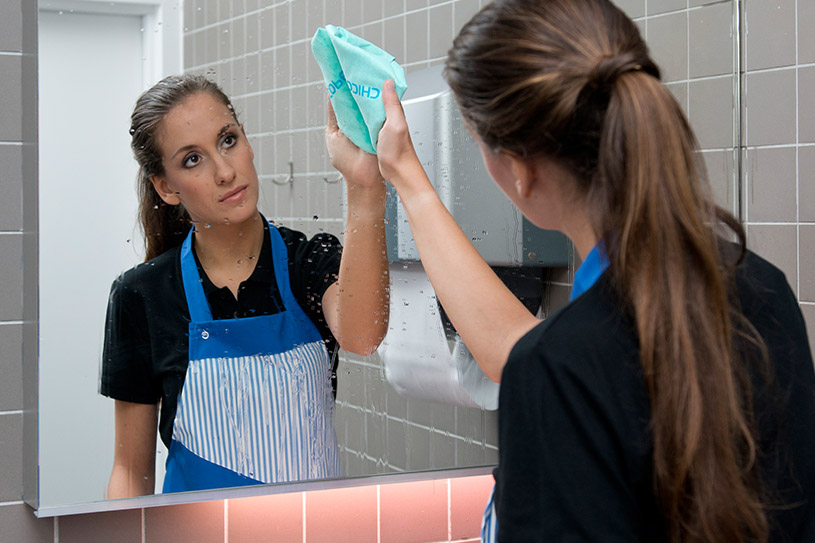 Healthcare Acquired Infections (HAIs) are the most frequent adverse event in the healthcare sector, with four million cases reported every year in Europe alone, 37,000 of which are fatal1.

With 93 percent of traditional laundered cloths found by the American Journal of Infection Control2 to contain bacteria that could trigger HAIs, it comes as no surprise that an estimated minimum of 20 percent of cases are preventable by implementing better cleaning regimes3.

The NHS National Patient Safety Agency’s (NPSA) ‘Revised Healthcare Cleaning Manual’4 hails Microfibre as the number one cleaner of choice, however with some cloths containing as little as 20 percent Microfibres, it is essential that a high grade 100 percent Microfibre cloth is chosen for the most effective results.

Microfibre Light acts like a magnet – the positively charged fibres attract negatively charged dirt, dust and bacteria, physically removing and trapping them in the cloth until it is rinsed, rather than just killing them. With some bacteria, such as Clostridium Difficile (C.diff) practically immune to most cleaners, removal is a better option than attempted eradication.

External certification has confirmed that Microfibre Light cloths remove 99.99 percent of bacteria from surfaces, transferring zero percent to a second surface5. The short-term use cloth also removes the need for laundering, cutting cost of using an external laundry contactor whilst also reducing risk of cross-contamination.

With the indirect financial losses due to HAIs estimated to be €7 billion, according to the World Health Organisation1, there is no better time to implement a better cleaning regime, using Chicopee’s Microfibre Light, in healthcare environments.